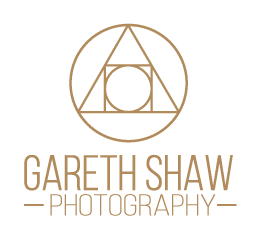 Gareth (he/him) is an Englishman, a stay-at-home father, a husband and a photographer.

Hi, I’m Gareth and I was born in Hazlemere in Buckinghamshire, England. I grew up shooting 35mm then moved over to medium format all before I went to university, at the same time I learned to process and print my own film in a darkroom. I started my professional photography career, oddly whilst working as a project manager working with clients such as Land Rover, Jaguar and Land Rover, during this time I oversaw the photographers working with the creative team for the online presence. I was fascinated

Titania (she/her) is a film and theatre actor, having received an MFA in Acting from the Actors Studio in New York City, and a BA from Amherst College. She was born in Northern California but considers home to be in Vermont, or Southern Germany or Andros Island (Bahamas) where she spent most of her life. In 2016, she co-founded a small production company, Secret6Train Productions, with Actors Studio Drama School colleague Melissa Mowry, for which she directs, writes, designs, and acts. Titania has a deep-seeded passion for the conservation of the ocean and water resources and spent several years working in the Bahamas training and educating new divers about the marine ecosystem. She lives in New York City with her adopted jellicle cat.

Kelly Teaford (she/her) is a queer actor, producer, Program Manager of Poetic Theater Productions’ Veteran Voices Program, Development Officer at Infinite Variety Productions, and Co-Director of Programming at The Artist Co-op. Her New York City theater and film career has been thriving for eight years now. She maintains committed to creating, facilitating, and contributing to compassionate spaces where artists with different life experiences, identities, home-bases, ages, and viewpoints can come together and connect.

Recent acting credits include the independent Film/Theatre project Displeyst, The Greatest Pirate Story (N)ever Told at the Snapple Theater Center, The Resolute, Children of the April Rain, and St. Lucy of the Eyes (an adaptation of Richard III) at Wild Project.

Lyra is the gorgeous baby girl my wife Kat and I have been waiting a long time for. She maybe sleeping, but she’s certainly not a silent partner! Unless she falls asleep during a session or on my desk whilst I’m editing.

We decided, long before Lyra was conceived that I would be the stay-at-home dad, because I can arrange my sessions around her schedule. Quality over quantity, this means I can dedicate more time to you and your session whilst also dedicating the rest of my time to raising Lyra. Being there every step of the way for her.